When will the GTA 6 release date be? 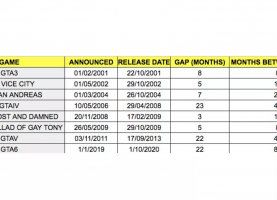 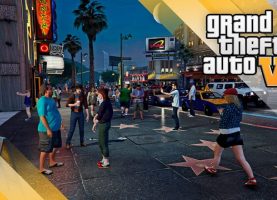 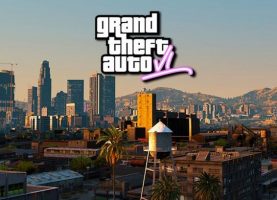 When will the GTA 6 release date be?

Lots have been said on the subject, but, to put it in a nutshell, here’s the situation: if Rockstar confirmed GTA 6 the next day after Red Dead Redemption 2 was released (October 26, 2018 – you can mark that day), so, if the previous announcement-release correlations are anything to go by, we could assume that we would have to wait for approximately 22 months – till August 2020.

However, Rockstar didn’t do that, and the company has already warned us not to expect to hear any news in 2019 at all. Which makes us believe that autumn 2020 is a more likely release date. Here is a table that nicely sums up the gaps between the announcement and launch of previous GTA console games (the handheld versions are not included). 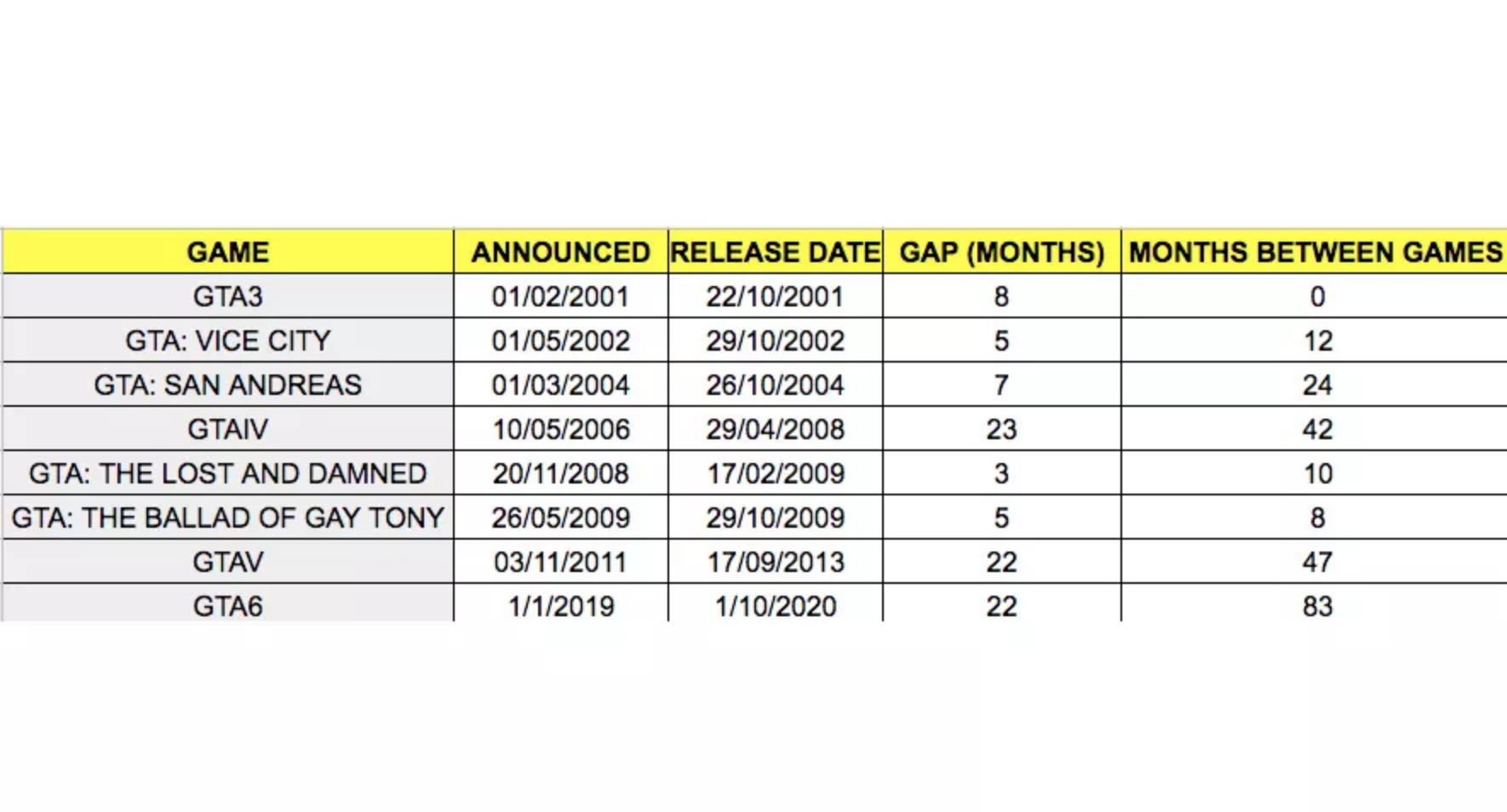 Sure, it can be that Rockstar decides to try to minimize the time gap between announcement and launch – but that would be very out of the company’s character and clash with pre-release hype cycles and the drive for pre-orders. Since physical stores keep getting more and more scarce, however, a ‘surprise’ digital launch still remains a more viable, though admittedly bold, possibility.

Even if GTA 6 was released right now, that would still be a 67 month window between GTA 5 and GTA 6. Till now the longest gap was 47 months, between The Ballad of Gay Tony and GTA 5. If the game comes out in autumn 2020, which seems quite possible, that gap would be closer to 83 months between GTA 5 and GTA 6 which makes nearly seven years, and it is longer than an average console generation.

Gaming analyst Michael Pachter, while chatting with Gaming Bolt, said that he did not believe we would hear an announcement before 2020, or that the game would be launched before 2021. He also mentioned the eight year window between Red Dead Redemption and Red Dead Redemption 2 as an example of the company’s policy.