Lets review some rumors about GTA 6 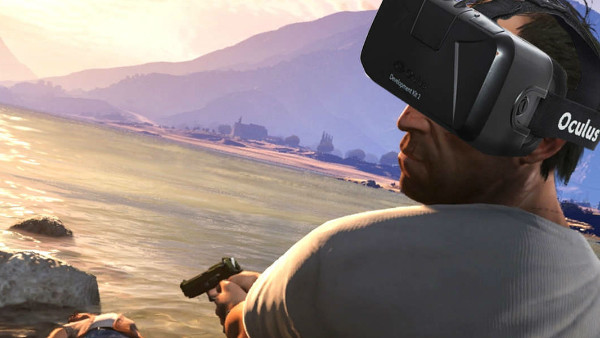 Lets review some rumors about GTA 6

The most exciting rumor related to the GTA 6 is its female protagonist. We keep hearing from all kinds of sources that in GTA VI we will have the pleasure to see female as the main character of the famous game. Dan Houser, the head writer of the Rockstar Games – the company responsible for GTA series – has said that a female character was absolutely out of the question and GTA 5 was definitely not the right place for a woman main character to appear due to its special surroundings. However, it was said that a lady character may be featured in the future games.

The Rockstar Games is about to change the tradition in GTA 5 by bringing in 3 main characters: Franklin Clinton, Trevor Philips and Michael De Santa. The game is centered on those three, as they are plotting robberies simultaneously being chased by corrupt government institutions. GTA 6 is predicted to feature a female as the protagonist. Well, when it comes to the number of characters in the much-awaited game, it is totally possible we will see 3 protagonists once again, although it wouldn’t hurt to see some development, e.g., more characters, as long as it suits the gameplay.

Professions of the Characters

This topic gets even more attention than others – even though the dedicated fans love GTA, they appreciate the fact that they have the possibility to model the game around themselves the way they like thanks to multiple options. And the future options will relate to the arena, the town where the game is set, some locations will be familiar from the former games, e.g., San Andreas, Vice city, etc.

Grand Theft Auto 6 is said to be a sequel to GTA 5 and generally the fans predict that it will come out in 2017 along with Xbox One and Play Station 4. Rockstar Games still have to make a formal announcement, and they say that right now they are concentrating on GTA Online game, even though a lot of signs show us that GTA VI is on the way. The president of the Rockstar Games Leslie Benzies says that the company has got 45 years’ of ideas and experience but they are not sure so far what the upcoming game will look like.

As you have probably heard before, one of the most discussed changes in the game is female instead of a male as the main character. Also, we’ve heard that Eva Mendes and Ryan Gosling may appear as main GTA 6 characters.

Eva Mendes is said to be chosen to do the female voiceover and Ryan Gosling may appear as an exciting surprise in the game and incarnate a descendant of the protagonist of “Red Dead Redemption” called John Marston. It would mean the Rockstar Games would be able to merge both movie and the computer game.

Eva Mendes in a well-known Hollywood actress, as well as a singer and fashion designer. She rose to fame after the hit movies “2 Fast 2 Furious” and “Ghost Rider” came out, and she released her clothes’ collection in 2013. Ryan Gosling is a film star, screenwriter, movie director and an entrepreneur. His first movie as a film director titled “Lost River” appeared in 2014.

Another exciting rumor claims that there will be a “good” protagonist, most likely a cop, and a possibility for players to choose between acting as good or bad character. This would certainly be exciting news for many fans.

Do you know any more interesting rumors? If you do, please share your opinions and insights in the comments section below, and stay with us for more updates!