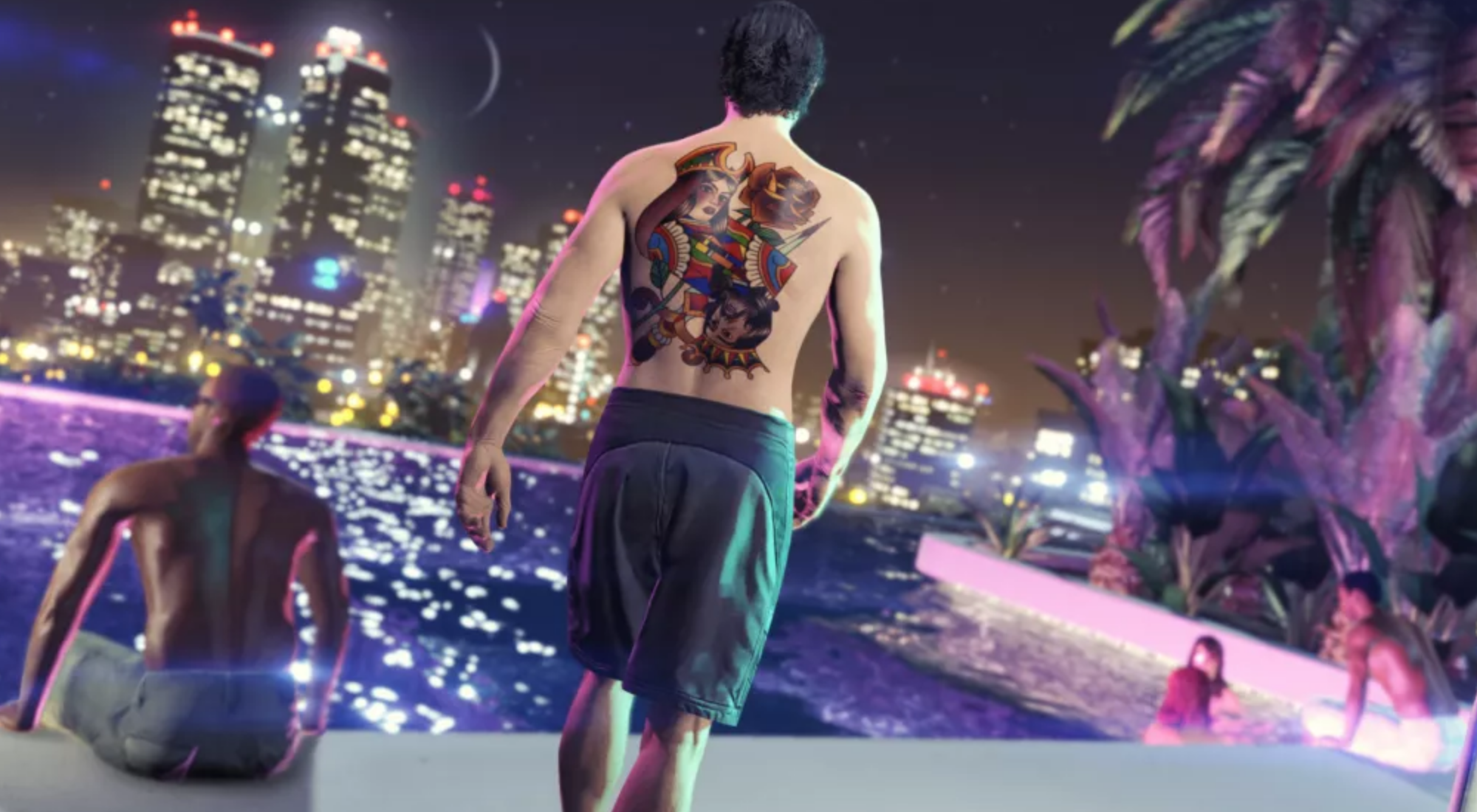 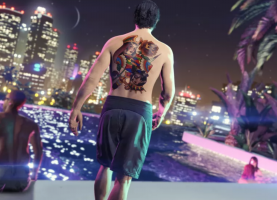 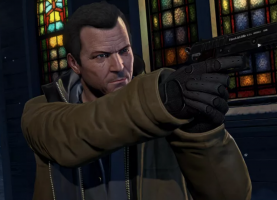 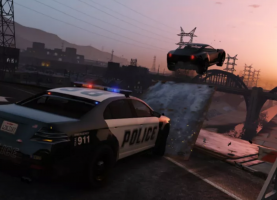 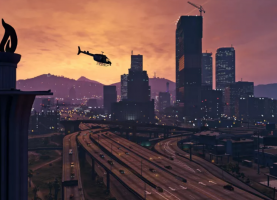 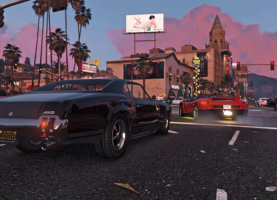 Why would Rockstar release GTA 6 soon? GTA Online is a gold mine

Here a solid fact: GTA Online is a perpetual money-making machine that shows no signs of slowing down

We know how eager you are to hear any official news from Rockstar regarding the upcoming GTA 6 (at least we would like to hope it’s coming soon), however, at a recent earnings call, the company that published Grand Theft Auto Take-Two Interactive dropped a hint that we will not see a new GTA anytime soon. Actually, this is not such a big surprise.

At the same earnings call, Take-Two said that GTA Online, which, in case you didn’t know, is the online multiplayer version of GTA 5, was incredibly profitable with its “best holiday quarter ever for both audience size and net bookings”.

Besides that a third-quarter spending on micro-transactions in Grand Theft Auto Online went up impressively – 54%, this is definitely directly related to the release of the Diamond Casino and Resort update in July 2019.

As you can see, GTA Online seems to be a super-profitable gold mine, so why would Rockstar Games decide (when they don’t need) it to launch GTA 6 anytime soon? Unfortunately, it looks like there is no big reason to do that… 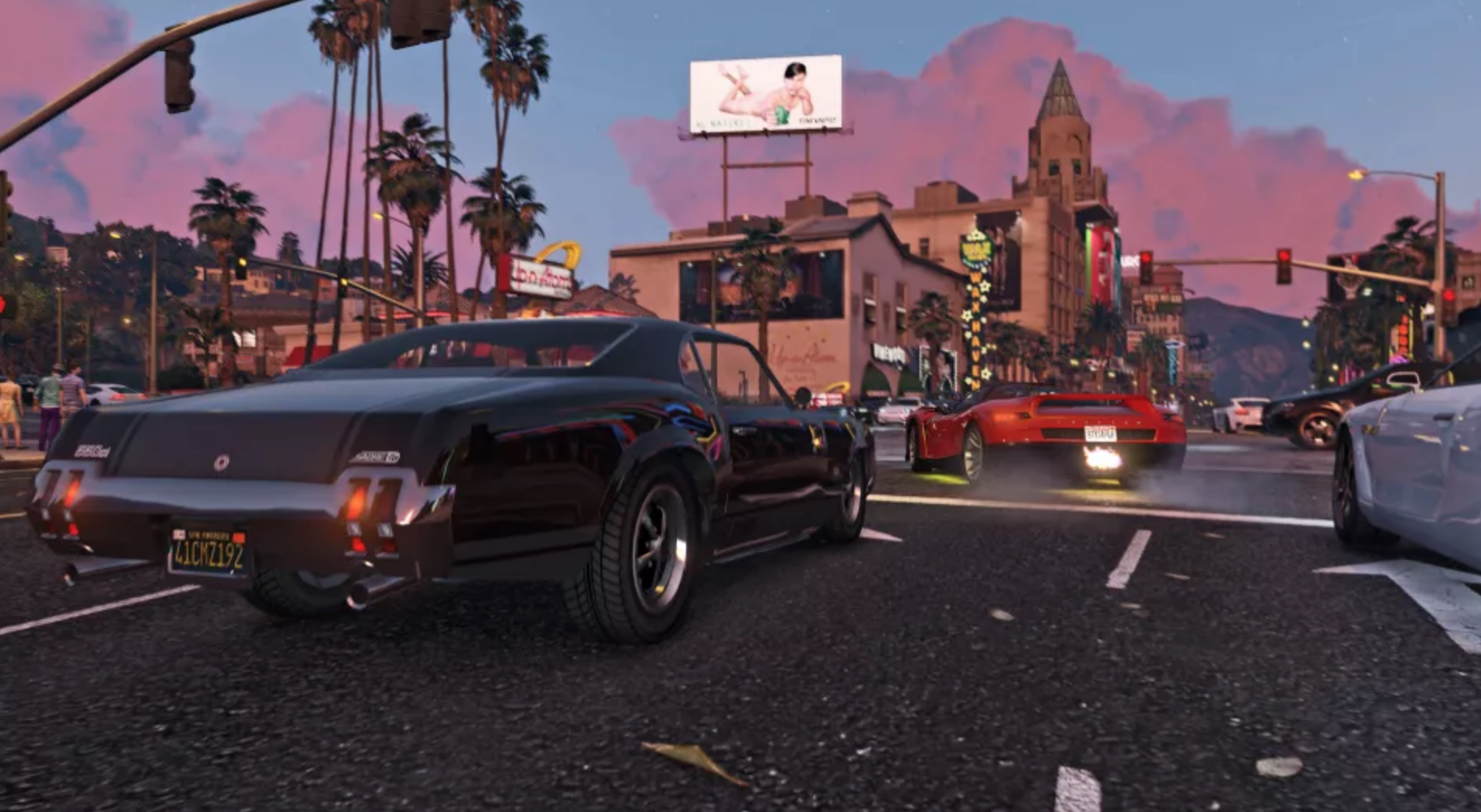 Till now, 120 million copies of GTA 5 have been sold around the world. According to the earnings call, Take-Two Interactive predicts that GTA Online is going to be one of its top earners in the fiscal year 2020, as the developer foresees that “the current consumer spending will grow by approximately 10%, driven primarily by growing Grand Theft Auto Online and Red Dead Online”.

This explains that actually, from the financial point of view, there’s no urgency for Rockstar to launch GTA 6 anytime soon, despite the fact that the game’s fans are waiting for it with growing impatience and they would love to hear if not an announcement, then at least a hint. GTA 5 (as well as GTA Online) is still hugely profitable, as consumers continue to spend more and more year after year. It sound logical that there is no need (and it may be a wrong idea) to distract these consumers with a release of a brand new game right now, which is something that Rockstar would like to avoid for a while.

However, I believe there are three realistic options for what Rockstar Games might do about GTA Online and GTA 6 – and one of them looks more likely than the other two.

Move everyone over as quickly as possible 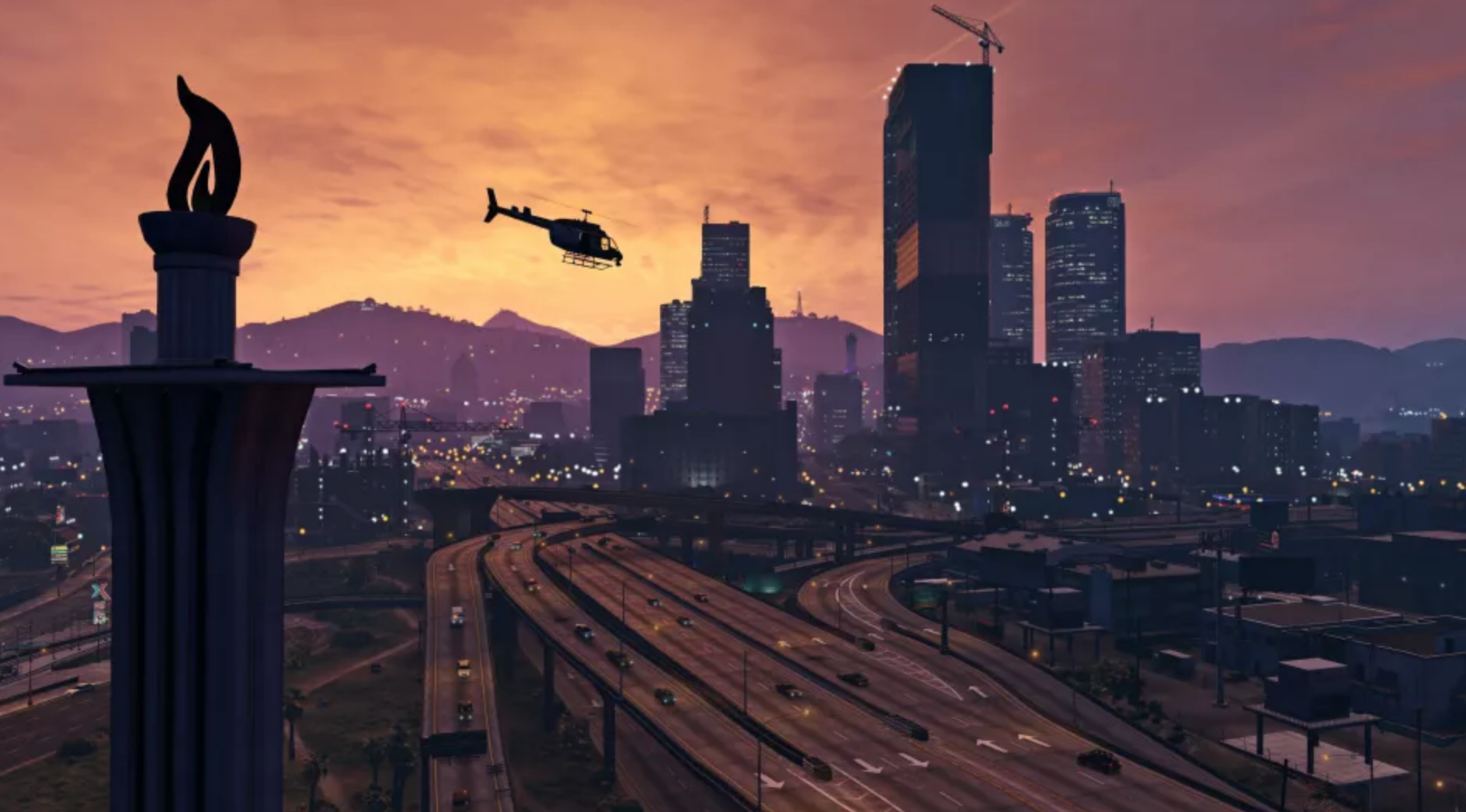 The first approach would be like this to launch GTA 6 in the nearby future (probably in late 2021 or mid perhaps 2022) alongside an online mode that would available right away. In such a case Rockstar could attempt to guide GTA Online players to the new online mode.

On the other hands, now players are perfectly already settled and content with GTA 5 and GTA Online, so shifting all that player base to a new game is a tricky decision. As the example of Red Dead Online shows, online players do not always want to move elsewhere when they’ve invested a lot of time into a game they like. Particularly when such a large number of them have spent their well-earned cash on in-game transactions that they risk losing in a new iteration of the online multiplayer mode – that is, if Rockstar does not come up with a way to shift those transactions to a new game (this may put off new players straight off the bat).

To be honest, we think it would make more sense if the studio directed its efforts to developing the core GTA 6 game first and then launch an online mode later. 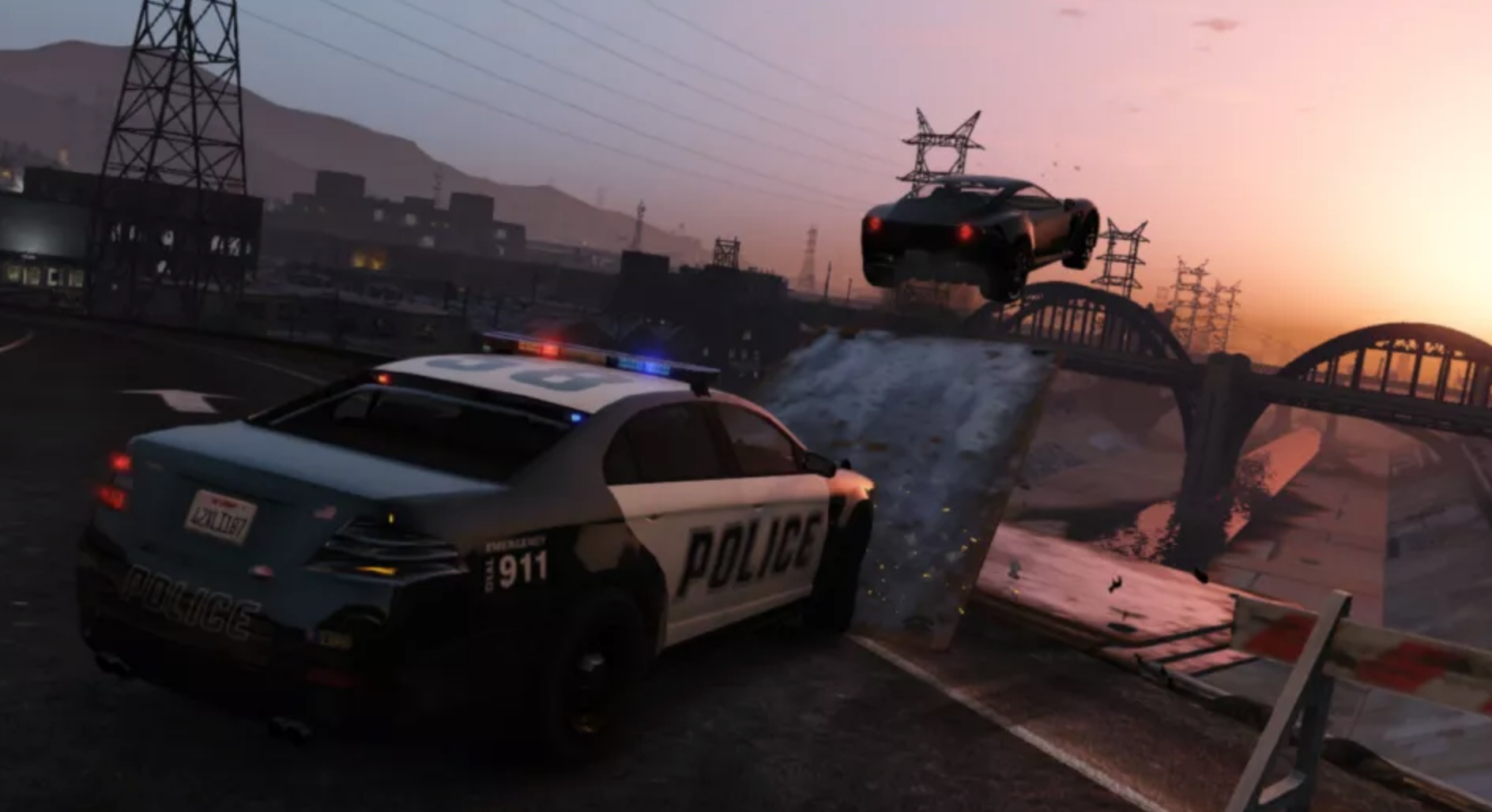 The second, and a more realistic scenario is that the company will launch GTA 6 in that same time window but without an online mode. This would mean that fans would have the option of buying GTA 6 but could still play (and spend money in) GTA Online.

Rockstar could choose to offer an online version of GTA 6 a few months or even years later moving players gradually from GTA Online to the new online mode – however this may negatively affect although the performance of Red Dead Online.

GTA 5’s online mode appeared a few weeks after of the base game came out, but it only really caught on few years later, when the game was already solid. So we may see this pattern again. Remember that the developers may need some more time to prepare GTA 6’s online mode so that it works smoothly on next-gen consoles. On the other hand, Take-Two president, Karl Slatoff, has little doubt that the shift of the publisher’s live service titles will work well.

“What exactly the transition is going to be [from game to game] between the console cycles will vary,” Slatoff explained. “But there’s no reason to believe that the success that we’re experiencing with those services would be any less in the new generation that is than the old generation.”

Of course, there may be some fans who will not fancy switching to next-gen consoles as soon as possible, and it may cost quite a few bucks as well. Offering players the possibility to slowly transit may prove to be a good decision in the long term.

Moreover, releasing an online mode later would mean Rockstar could keep cashing in from the existing GTA Online, simultaneously building a foundation for GTA 6. And once that foundation is sufficiently , the company could try to move players from the old to the new. It would totally make sense to do it like this. However, there is one more possibility. 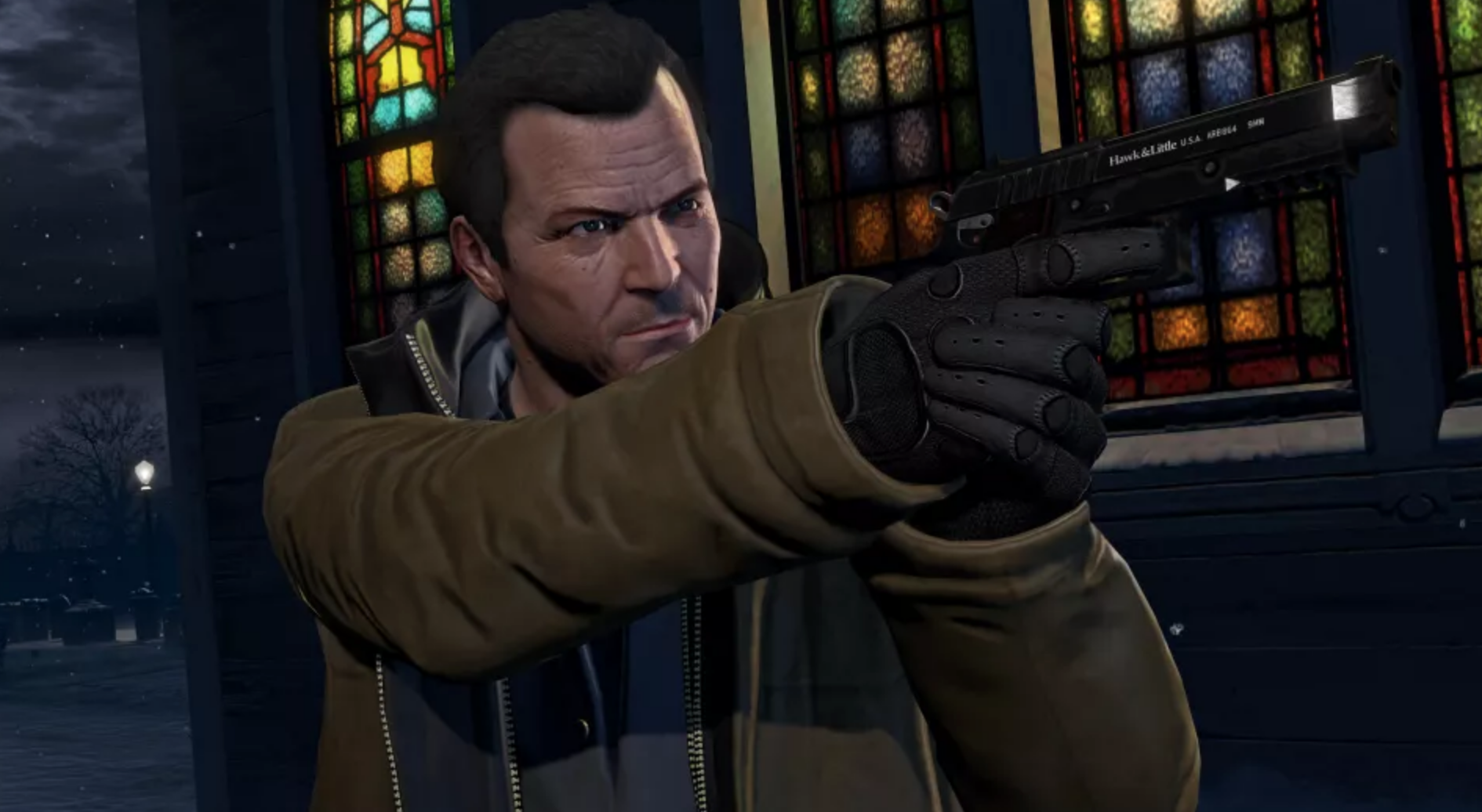 The last, and most likely, the least realistic possibility is that GTA Online goes independent. Rather than staying just a multiplayer mode for GTA 5, it could choose to turn itself into a game in its own right, with no relation to any of the core Grand Theft Auto products.

It would be a tough and challenging decision from Rockstar but would allow all those who want access GTA Online without acquiring the entire new game.

Instead, Online could become a free-to-play downloadable product for consoles or palyable through Rockstar Games Launcher on PC.

There is a danger though that this approach would have a negative influence on the sales of the core game. It looks like players of GTA 5 find it very appealing that they can play it the free online multiplayer mode, which they get free of charge when they purchase the game. I can imagine that the core game sales would suffer if that free online mode was no longer available– and Rockstar surely wouldn’t like it.

To be honest, at the moment we can only guess what’s going to happen with GTA 6 and GTA Online. There is hope though, because Take-Two promised to reveal more about its major plans in the coming months: let’s keep our fingers crossed that GTA 6 is included.